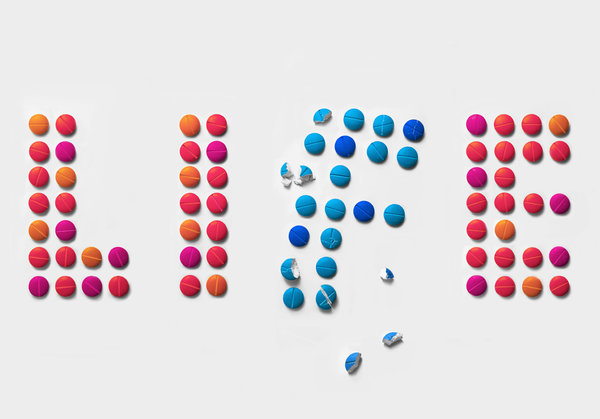 PHILADELPHIA — LAST month, Katy Perry shared her secret to good health with her 37 million followers on Twitter. “I’m all about that supplement & vitamin LYFE!” the pop star wrote, posting a snapshot of herself holding up three large bags of pills. There is one disturbing fact about vitamins, however, that Katy didn’t mention.

Derived from “vita,” meaning life in Latin, vitamins are necessary to convert food into energy. When people don’t get enough vitamins, they suffer diseases like scurvy and rickets. The question isn’t whether people need vitamins. They do. The questions are how much do they need, and do they get enough in foods?

Nutrition experts argue that people need only the recommended daily allowance — the amount of vitamins found in a routine diet. Vitamin manufacturers argue that a regular diet doesn’t contain enough vitamins, and that more is better. Most people assume that, at the very least, excess vitamins can’t do any harm. It turns out, however, that scientists have known for years that large quantities of supplemental vitamins can be quite harmful indeed.

In a study published in The New England Journal of Medicine in 1994, 29,000 Finnish men, all smokers, had been given daily vitamin E, beta carotene, both or a placebo. The study found that those who had taken beta carotene for five to eight years were more likely to die from lung cancer or heart disease.

Two years later the same journal published another study on vitamin supplements. In it, 18,000 people who were at an increased risk of lung cancer because of asbestos exposure or smoking received a combination of vitamin A and beta carotene, or a placebo. Investigators stopped the study when they found that the risk of death from lung cancer for those who took the vitamins was 46 percent higher.

Then, in 2004, a review of 14 randomized trials for the Cochrane Database found that the supplemental vitamins A, C, E and beta carotene, and a mineral, selenium, taken to prevent intestinal cancers, actually increased mortality.

Finally, last year, a Cochrane review found that “beta carotene and vitamin E seem to increase mortality, and so may higher doses of vitamin A.”

What explains this connection between supplemental vitamins and increased rates of cancer and mortality? The key word is antioxidants.

Antioxidation vs. oxidation has been billed as a contest between good and evil. It takes place in cellular organelles called mitochondria, where the body converts food to energy — a process that requires oxygen (oxidation). One consequence of oxidation is the generation of atomic scavengers called free radicals (evil). Free radicals can damage DNA, cell membranes and the lining of arteries; not surprisingly, they’ve been linked to aging, cancer and heart disease.

The likely explanation is that free radicals aren’t as evil as advertised. (In fact, people need them to kill bacteria and eliminate new cancer cells.) And when people take large doses of antioxidants in the form of supplemental vitamins, the balance between free radical production and destruction might tip too much in one direction, causing an unnatural state where the immune system is less able to kill harmful invaders. Researchers call this the antioxidant paradox.

Because studies of large doses of supplemental antioxidants haven’t clearly supported their use, respected organizations responsible for the public’s health do not recommend them for otherwise healthy people.

So why don’t we know about this? Why haven’t Food and Drug Administration officials made sure we are aware of the dangers? The answer is, they can’t.

In December 1972, concerned that people were consuming larger and larger quantities of vitamins, the F.D.A. announced a plan to regulate vitamin supplements containing more than 150 percent of the recommended daily allowance. Vitamin makers would now have to prove that these “megavitamins” were safe before selling them. Not surprisingly, the vitamin industry saw this as a threat, and set out to destroy the bill. In the end, it did far more than that.

Industry executives recruited William Proxmire, a Democratic senator from Wisconsin, to introduce a bill preventing the F.D.A. from regulating megavitamins. On Aug. 14, 1974, the hearing began.

Speaking in support of F.D.A. regulation was Marsha Cohen, a lawyer with the Consumers Union. Setting eight cantaloupes in front of her, she said, “You would need to eat eight cantaloupes — a good source of vitamin C — to take in barely 1,000 milligrams of vitamin C. But just these two little pills, easy to swallow, contain the same amount.” She warned that if the legislation passed, “one tablet would contain as much vitamin C as all of these cantaloupes, or even twice, thrice or 20 times that amount. And there would be no protective satiety level.” Ms. Cohen was pointing out the industry’s Achilles’ heel: ingesting large quantities of vitamins is unnatural, the opposite of what manufacturers were promoting.

A little more than a month later, Mr. Proxmire’s bill passed by a vote of 81 to 10. In 1976, it became law. Decades later, Peter Barton Hutt, chief counsel to the F.D.A., wrote that “it was the most humiliating defeat” in the agency’s history.

As a result, consumers don’t know that taking megavitamins could increase their risk of cancer and heart disease and shorten their lives; they don’t know that they have been suffering too much of a good thing for too long.