The Center for Science in the Public Interest is urging caution in the use of the artificial sweetener Splenda.

A food safety advocacy group has downgraded its rating for sucralose, the artificial sweetener better known as Splenda, from “safe” to “caution” in its chemical guide to food additives. 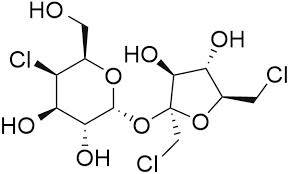 The Center for Science in the Public Interest, a nonprofit watchdog group, announced that it was downgrading its safety rating of sucralose from “safe” to “caution,” meaning that the additive “may pose a risk and needs to be better tested.(1)”

A recent study, done at an independent Italian laboratory has indicated that when mice were fed with Splenda regularly, they developed leukemia. This evidence, on top of the long list of studies discouraging the use of Splenda, is a major reason the FDA has changed its safety rating.

A 2002 study showed that Splenda ingestion damaged the DNA of mice. DNA damage can be a cause of cancer in many cases. In a 2008 study, researchers reported that Splenda ingestion had the potential to kill off necessary bacteria in the gastrointestinal tract. Killing this bacteria can often lead to disorders like irritable bowel syndrome, as this bacteria often helps with digestion and fights off invaders. In this unpublished study, researchers found that the sucralose can cause leukemia in mice who are exposed before birth.(3)”

“Previously, the only long-term animal-feeding studies were done by sucralose’s manufacturers, the CSPI said.

So what’s a splenda user to do? According to CSPI your best bet is to skip it all together. “In order to avoid the risks of both sugars and non-caloric sweeteners, the CSPI is encouraging people to switch to water, seltzer water, flavored unsweetened waters, seltzer mixed with some fruit juice or unsweetened iced tea.”

After this information was released to the public a statement was released by Johnson and Johnson, which markets Splenda, stating that “more than 110 studies conducted over 20 years have proven the safety of sucralose.”