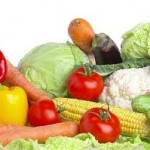 “Doctor, but what should I eat?” and “Doctor, isn’t there anything I should be doing?” are probably two of the most common questions physicians hear on a daily basis. Due to the short visitation times doctors usually allot for patients, however, these fundamental questions often never get answered. Unfortunately, if the building blocks to health are not present then disease will inevitably result, and any and all pills will only be masking the underlying problem. By building blocks we mean those lifestyle patterns that are foundational for the wellbeing of the body. That precisely includes what we eat and what we do, the two areas mentioned above that people ask about because they innately realize the impact it has on their health, but which most doctors endemically don’t give time to correct. Instead, patients will quickly be thumbed a prescription to correct their problem, and such an approach to medicine will only result in dependency, something far from wellness.

Although we may be sick, it doesn’t necessarily mean we have a disease that requires medical treatment. Often illness is just a manifestation of inappropriate stress being placed on an otherwise healthy body. The symptoms, therefore, are just the body’s way of alerting us to remove the stress, whether that is those greasy Big Macs congesting our system or that comfortable couch stuck to our seats for hours on end. Stress, in this sense, then is an obstacle for the body to overcome in attaining balance, which would include food that taxes metabolic processes and even a lack of exercise that inhibits proper blood circulation and weakens muscles. As such, it makes most sense to allow our bodies the chance to bounce back into balance by removing stressors and replacing them with health sustaining building blocks first. Similarly, it would be rather unnatural to maintain disease promoting activity and then forcefully suppress the body’s symptoms, its alert messages, with drugs, to correct the problem.

But listening to the body and responding takes so much time and prescribing a pill seems so much quicker in quieting those annoying alarm sounds… for the time being.

Those who have found themselves caught in the vicious cycle of taking pill after pill for symptom after symptom must ask themselves that although they may not display any sign of disease due to medications that have suppressed their body’s response, are they really healthy? For those who believe “yes”, then to them the definition of health is merely the absence of disease. For those who believe that health is something more than not having the signs of disease on the body, the recommendations below may be of some interest. The following is a summary of what people feeling sick might want to consider doing before going to get “a pill” from the doctor. It might just be that the building blocks making up the health of your body simply need to be paid a bit more attention to. Once corrected numerous diseases may naturally disappear and keep you away from the doctor altogether. As for those already on various medications, you may likely experience a decreased dependence on drugs such as pain relievers, skin creams, laxatives to name a few, but countless others as well, if not a complete and natural recovery that you never knew could have been possible simply by correcting the basics.

How to make sure that your body is at its best