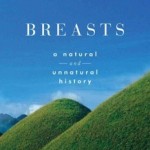 When writer Florence Williams was nursing her second child, she read a research study about toxins found in human breast milk. She decided to test her own breast milk and shipped a sample to a lab in Germany.

Trace amounts of pesticides, dioxin and a jet fuel ingredient — as well as high to average levels of flame retardants — were all found in her breast milk. How could something like this happen?What came back surprised her.

“It turns out that our breasts are almost like sponges, the way they can soak up some of these chemicals, especially the ones that are fat-loving — the ones [that] tend to accumulate in fat tissue,” Williams tells Fresh Air‘s Terry Gross. “Unfortunately, the breast is also masterful at converting these molecules into food in the way of breast milk.”

Learning that breasts soak up lots of chemicals made Williams wonder just what else was going on with breasts. A lot, as it turns out. In her new book, Breasts: A Natural and Unnatural History, Williams offers her take on — among other things — why breasts are getting bigger and developing earlier, why tumors seem to gravitate toward the breast, and how toxins from the environment may be affecting hormones and breast development.

She says many of those toxins, including the flame retardants found in her breast milk, may come from ordinary household items like couches and electronics, which often contain flame retardants. Some animal studies have shown that certain types of flame retardants interact with hormone levels.

“The flame retardants are known to react with the thyroid receptor, and it turns out that thyroid hormones are responsible for all kinds of important functions in our body, from neuro development in our brain to temperature and metabolism,” she tells Gross. “We don’t know at what levels these substances may be affecting humans, but it’s certainly enough to make us stand back and say, ‘Do we really need to have this furniture covered in flame retardants, or is there a better way here?’ “ While researching her book, Williams also learned that more tumors form in the human breast than in any other organ in the body except for skin.

“The breast is not even fully developed until the last stages of pregnancy, and that’s when the mammary gland forms,” she says. “And for many years, breast tissues are sitting around not being fully differentiated. That’s one of the theories about why the breast might be so vulnerable to carcinogens.”

She says scientists are now studying whether the plastic additive BPA, which acts like the sex hormone estrogen, may be linked to cancer and reproductive problems in animals. Most plastic products, from package wrappers to water bottles, contain BPA.

“We know that if pregnant rats are dosed with BPA, their pups will grow up with altered mammary glands … in ways that predispose that animal to breast cancer later on,” she says. “A lot of people would say, ‘A rat is a rat. It’s not a human. What do we know about humans?’ And we actually don’t know that much. But recently a study just came out doing the same experiment but using Rhesus monkeys and, unfortunately, the results were very, very similar. Those monkeys ended up developing mammary glands that were altered by the chemical in ways that made it more likely to get breast cancer.”

Williams says she likes plastics and wouldn’t tell her kids to stay away from Legos, but she still cautions women in their child-bearing years against using an abundance of plastic products.

“I think we should be most concerned if we’re pregnant or if we’re lactating,” she says. “But if we’re beyond that — if we’re a middle-aged man, for example — I think we can feel fairly comfortable that it’s OK to keep using the yogurt containers.”