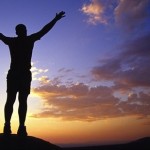 The World Health Organization defines health as a “state of complete physical, mental and social well-being and not merely the absence of disease or infirmity.” This comprehensive definition is consistent with the Old English meaning of wholeness.

Traditional medical systems, such as Indian Ayurveda, Chinese medicine, and Islamic medicine have always recognized the importance of emotional health. It was understood that the health of the mind, body, and soul were intricately related, and that an imbalance or disease in either component can adversely affect the entire being. The modern era has largely lost this consciousness, though a tremendous volume of cutting-edge research in the field of ‘mind-body medicine’ is corroborating ancient wisdom.It is well known that negative emotional states, such as anger and hostility, can predict future disease. Our traditional sages and scholars have long warned of anger killing the spiritual heart, and this warning is just as applicable to the physical heart. In the past two decades, numerous studies have shown anger and hostility to predict high blood pressure, stroke, atrial fibrillation, and heart disease. Anger has been shown to be an independent risk factor, like high LDL cholesterol, for heart disease. Those who express more anger have nearly a 300% higher risk of heart attack and sudden cardiac death. Other ‘negative emotions’ have been shown to be associated with many disease states: Asthma, arthritis, headache, and chronic pain are associated, to varying degrees, with anxiety, anger, hostility, and depression.

On the other hand, ‘positive emotions’ are associated with a number of health benefits. Optimistic people have been shown to live 19% longer than pessimists. People with high levels of social involvement and social support demonstrate better wound healing, less susceptibility to colds, and shortened recovery times. A Stanford University study demonstrated a doubling of survival time for women with metastatic breast cancer in women involved in weekly support groups where they expressed their feelings about their illness and its effect on their lives.

The act of forgiveness, a mainstay of our spiritual tradition, been shown to be a powerful healing tool. People with high levels of forgiveness report lower levels of pain, anger, and psychological distress.

As eating well and regular exercise are rightly promoted as mainstays of preserving health and preventing future disuse, the value of emotional health must also be emphasized. Unlike many advanced chronic diseases, our emotional diseases are easily ‘cured.’ The first step in the process is to recognize and reflect on the problem, followed by seeking appropriate help.