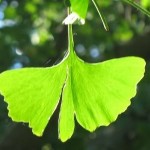 In continuity with last months theme of herbal medicines, this month a series of herbs that have a special affiliation with the brain will be presented. In our current times of higher educational pursuits and academia, mental sluggishness can be a real hindrance to success in ones field, let alone healthy communication with people one has a lot of interaction. Unhealthy food choices, not enough physical exertion or reading, and too much television are perhaps a few vices working against developing a sharp mind, unfortunately leaving most Arab adults and children of our day like zombies not thinking much beyond their immediate scope of daily living.

Brain herbs, then, become useful for many people at all levels of society. Beyond their clear benefit for students with memorizational demands, herbs that benefit the brain can effectively be used by people with high degrees of stress, athletes wanting to improve their focus and precision, psychiatric patients, and your average Joe who just wouldn’t mind being that little bit sharper.

Firstly, as mentioned before, herbs have phytopharmaceutical actions containing real chemical molecules. Although they are found in natural substances throughout the world, they can be dangerous when taken the wrong way. For herbs to be most effective they should be taken under the supervision of a trained physician or herbalist who has understood you as a patient and can prescribe accordingly. Although many of these herbs primarily work on the brain, some will benefit far more than others, whereas others may not respond at all. It all depends on where the balance of the body lies and a great herb used on the wrong guy is actually the wrong herb. Nevertheless, the following herbs have been found to exert a strong action on the brain and benefit it through various means as will be expounded on below.

The name Borago is derived from the Arabic abu araq, father of sweat, with reference to the plant’s diaphoretic properties. Its historical and ritual uses included giving courage, improving wit and assisting recovery out of sadness. Today we know that much of Borage’s mood effects can be traced to the healthy oils found within the plant.

Pharmacodynamics: Borage contains a special class of polyunsaturated fats called gamma linoleic acid (GLA), superior even to the famous evening primrose oil that also contains GLAs. GLA has been shown to increase immunity, reduce inflammation and help maintain healthy cell membranes. It has also been shown to having a variety of beneficial effects on the brain and the nervous system. The oil is primarily contained in the seeds.

Energetics: Borage has a cold and moist energy and a slightly sweet flavor.

Potential side effects, toxicity reactions, safety issues and contraindications: Borage containspyrrolizidine alkaloids that can be toxic for the liver if too much Borage extracts are consumed over time. But eating a few flowers and young leaves can hardly be considered risky.

Dosage: Can pulp fresh leaves and drink 10 ml of the juice, three times a day for anxiety and mental-emotional complaints. Otherwise, a tablespoon of Borage oil can be taken morning and evening.

the English word “dill” may be related to dillan, meaning “to lull or soothe”, and with good reason. Dill water has been used to sooth babies’ colic for ages. It is a common culinary herb with remarkable benefits for digestion, but has also be known in history as a “tonic for the brain”

Pharmacokinetics: The plant contains strong essential oils. The leaves also contain vitamin C, and many minerals. Dill seed improves digestion and appetite and relieves flatulence. It was chewed by people as a breath freshener. The oil kills bacteria and so has uses as an antibacterial for diseases related to the intestines. It is frequently used along with fennel to treat headaches. Perhaps its benefits for the mind are indirect through its carminative action of easing the digestive process and relaxing the smooth muscle of the tract after large meals that leaves people lethargic and less alert.

Meridians/Organs affected: stomach, spleen, liver. In Chinese medicine there is no specific channel for the brain but the liver meridian traverses the head and reaches the eyes. Furthermore, due to dill’s energy moving capability people with excess conditions, which results in more blockages of energy flow, are the ones for who this herb is most effective.

May cause dermatitis or make your skin more sensitive to sunlight. Both reactions are most likely to occur among food workers who handle dill.

Dosage: A weak infusion can be used for colic or gas in children under age 2. Adults can have infused tea daily after meals for alertness and digestive ease.

Cosmetic Use: Try having some fun with a refreshing dill aftershave. Put ¼ cup dill seed, 1 Tbsp honey and 2 ½ cups bottled water in a small saucepan and boil for about 20 minutes. Allow to cool in the pan, then add 1 Tbsp of witch hazel. Strain the cooled mixture into a bottle and refrigerate.

Although not native to the Arab world, ginkgo is the world’s most ancient extant tree. Over four hundred scientific studies have been conducted on the leaf of ginkgo in the past 30 years.

Pharmacokinetics: Ginkgo Biloba has the remarkable feature of increasing blood flow to areas that have poor circulation. As such, it is now being used for its ability to aid circulatory problems in the elderly, especially poor blood flow to the brain and the resulting memory effects that has. By allowing a richer blood supply to areas of the brain, difference in memory, speech, hearing, coordination and many other aspects of life that are directly linked to the central nervous system have been shown to improve.

The increased blood flow and circulation ability of ginkgo extract can be traced to it relaxing blood vessels in spastic conditions, increasing tone of abnormally relaxed vessels, protecting against capillary permeability and inhibiting blood clot formation.

Energetics: Ginkgo is a balanced herb with somewhat neutral qualities. It has a touch of both sweet and bitter flavor and a slight astringent quality.

Meridians/Organs affected: The liver and kidney meridians are the main ones affected with tonification. In this regard, deficient type constitutions with low energy will be the people who benefit most from supplementing with this herb. This is why most studies have shown the greatest benefits for the elderly with poor memory due to a lack of blood flow to the brain. Nevertheless, younger people with similar deficiencies from high mental exertion and continuing mental challenges may also use this herb effectively.

Dosage: The specific dose ranges in which ginkgo is most effective are well known due to the extensive research performed on this herb. It is most effectively taken at 120–240 mg standardized dry extract in liquid or tablet form orally three times per day. It may take 4-6 weeks for the effects of ginkgo to manifest completely and as much as 2-3 weeks before any effects can be seen.

Apart from the herbs mentioned above, there are a plethora of others that also exert similar effects to the ones mentioned above. These are merely some herbs most commonly used or ones that are accessible here in Jordan. To achieve higher mental benefits and compound the positive outcome of these botanicals one may also employ the use of B-vitamin supplements, shown to be depleted from the body during high mental activity and stress, phosphatidylcholine, a naturally occurring compound present in the brain, as well as homeopathics particular to your case. Homeopathics can be particularly valuable and should be employed in severe cases of mental difficulty and degeneration.