In this brief article, we will explore some basic concepts derived from Chinese Dietary Therapy, and learn how to apply them safely. 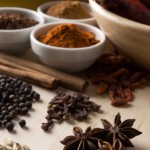