The Article was first published in http://www.kcet.org by Rick Paulas

Try to remember grade school. (This may take either a few seconds or hours, depending on how far into the vault those memories are located.) Remember when it came time for lunch. Now, try to remember how many times you heard the phrase “food allergy.” 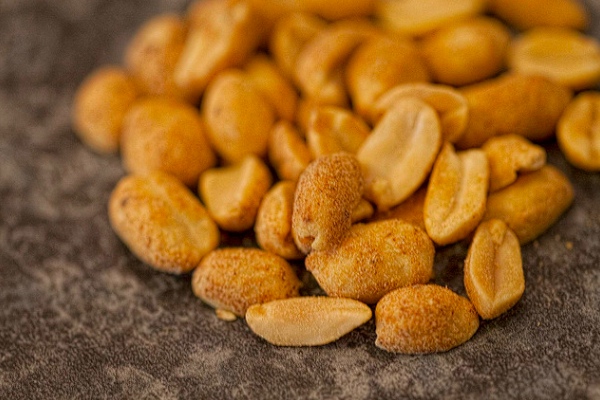 If you’re in your mid-20s or older, odds are the answer is “rarely, if ever.” But, man, times have changed.

If you have children of your own, or have walked within 100 feet of a school recently, you know that’s not the case anymore. We’re bombarded with warnings about food allergies almost on a daily basis, and that’s because they’re a big problem. They’ve risen a whopping 50% between 1997 and 2007, and no one’s quite sure why. But a new study from the University of Chicago not only offers a possible cure, but a possible cause.

SUPPORT KCET
A very quick summary of the study: Scientists took a group of mice with peanut allergies and gave them the gut bacteria Clostridia, a bacteria found commonly in humans. After administering it, they found that the mice no longer had food allergies. Hooray!

To understand more about this study, I called up the lead researcher, immunologist Dr. Cathryn Nagler. She’s spent the past decade studying how our bodies develop food allergies, including trying to analyze why we’re able to eat anything at all.

“All the food that comes into your body is a potentially foreign material,” says Nagler. “I’ve been looking at why we’re not allergic to all of the foods we eat.”

In an attempt to further probe that question, Nagler and her colleagues authored a 2004 study that concluded the removal of gut bacteria in mice led to the development of food allergies. (They removed the bacteria by administering antibiotics, something to keep in mind for later.) With that conclusion out of the way, they began working on reversing the process by re-introducing bacteria. After a few tries, they found one that worked: Clostridia.

“When I say Clostridia, I’m talking about a big class of bacteria,” says Nadler. “It may include hundreds, maybe thousands of members. There’s so much we don’t know about the gut. It’s not like I can say I’d like to test X-Y-Z. You only test what you can isolate. We were lucky because we were able to isolate the Clostridia’s unique property of forming spores.”

Once introduced to the mice, the Clostridia acts as a barrier to keep the allergens in peanut proteins from entering their bloodstream. The allergens are still there, but they’re not able to produce the allergic reaction. Hence: No more food allergies. So, how long until this result provides benefits for humans?

“There’s much, much, much more work to be done,” says Nagler. “Next, we want to look at children with food allergies. And then it has to be developed in a safe drug format, and that’s going to take some time.”

But one thing we don’t have to wait for is what this study suggests about the possible culprit behind food allergies: Our antibiotics-happy culture.

“We don’t want to say this is a cause and effect relationship, but we do want to raise the concern,” says Nagler. “An infectious disease specialist made the point that most kids in the U.S. receive two or three courses of antibiotics in infancy. Most of the treatments they receive are for viral infections, meaning, they’re getting a treatment that serves no purpose.”

What they’re getting instead is the alteration and elimination of the bacteria that may keep allergens at bay. And that’s just one of the problems that are associated with the overuse of antibiotics.