Too-early solid food could lead to problems for babies

Too-early solid food could lead to problems for babies 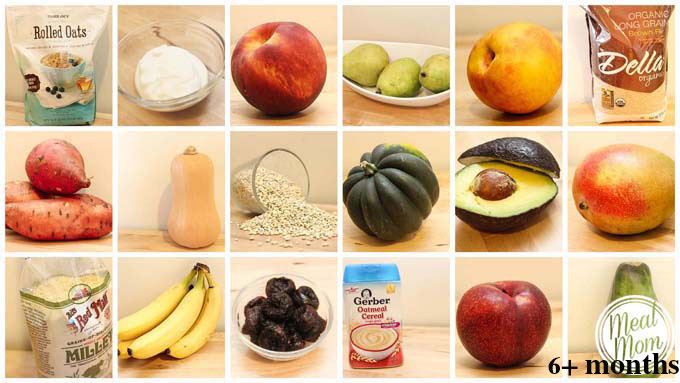 At least 40% of moms are feeding their infants solid foods far too early, according a new study published in the medical journal Pediatrics, and that may lead to problems for their children later in life.

Researchers wanted to know how many babies were being fed solid foods (including cereal and baby food) sooner than recommended, whether breast-feeding or formula feeding made a difference and why solids were being introduced early. When the study began in 2005,  the American Academy of Pediatrics (AAP), which also publishes the journal Pediatrics, recommended introducing solid foods when babies were between 4 and 6 months old.

In 2012, the AAP changed those recommendations. Now it says babies shouldn’t be eating solid food until they are about 6 months old.

As part of the two-year study, 1,334 mothers filed out monthly questionnaires about what their babies ate during the last week, says Kelley Scanlon, an epidemiologist at the Centers for Disease Control and Prevention and one of the study authors. Scientists then analyzed the data reported by the mothers to determine at which age babies were being fed solid food.

They found 539 moms, or 40% of moms, gave their babies solid food early. Previous studies had put that estimate at 19% and 29%. Researchers believe based on this study, they may actually be underestimating how many moms introduce solids early because the study was more likely to have older, more educated and higher income moms participating. “Mothers of lower socioeconomic status are at a higher risk of early solid food introduction,” the study says.

Giving your baby solid food too soon has been linked to a higher risk of obesity and diabetes, according to the study. Also, “starting infants on solids before 4 months can lead to allergies and eczema,” says Dr. Jennifer Shu, an Atlanta pediatrician and AAP spokeswoman who was not involved in the research.

Among the 539 moms who did introduce solids early, nearly 1 in 10 gave their babies solids before they were 4 weeks old.

Researchers found formula-fed infants were about twice as likely to be introduced to solids early, compared to only breast-fed babies.

Scanlon cautioned that this last point reflected a perception that health care professionals were recommending when to start an infant on solids; researchers couldn’t actually confirm that’s what a doctor or nurse actually said.

Shu says she was surprised by the findings, but notes that some doctors and nurses may have been trained at a time when babies were fed solids earlier and says it’s hard to change behaviors when medical information changes so quickly.

“There’s a lack of awareness of what the recommendations are,” Scanlon says, adding babies are not developmentally ready for solid food before they are 4 months old.

Some of these moms are getting information on when to feed their babies solids “from generations (ex. grandparents, nurses, friends) who may have started their babies on solids at an earlier age,” suggests Shu.

According to the latest AAP recommendations, moms are supposed to exclusively breast-feed their babies until they are about 6 months old if possible, so babies canreap all the benefits of mother’s milk including extra immune protection and possible protection for future chronic illnesses like obesity and type II diabetes.

Every baby develops at a slightly different pace, but there are some signs to look forto help parents figure out if their child is ready for solids:
– Is the baby sitting up? Can she hold her head up?
– Does your baby open his mouth when food comes his way?
– Is she big enough? (Babies typically double their birth weight by 4 months)
– Can he take food off the spoon and actually swallow it?

Parents need clear and accurate guidance on when to introduce solid food to their babies, and pediatricians and health care professionals need to support them, says Scanlon, by explaining to the parents that crying doesn’t always mean the baby is hungry – it could also be wet, sick or lonely.