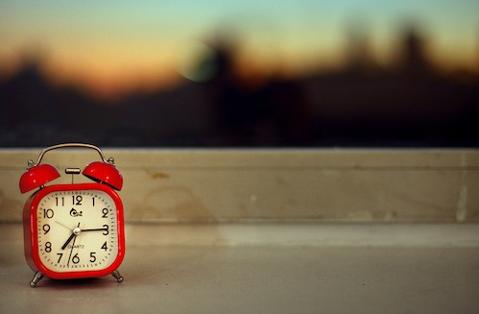 Greg Savage, is the founder of Firebrand. He is a well recognized international speaker and a highly successful entrepreneur. In this article he conveys a vital message more concisely than I have found other places. A good reminder for all of us.
-Rehan
This post may offend some readers. But only because it’s going to cut close to the bone for many.

And I don’t care if I sound old-fashioned, because actually it’s nothing to do with ‘fashion’ or ‘generation’. It’s got everything to do with basic good manners and respect for other people.

So here goes… How did it get to be “OK” for people to be late for everything?

Because as far as I am concerned, it’s not OK.

In recent years it seems that a meeting set to start at 9 am, for some people means in the general vicinity of any time which starts with the numeral ‘9’. Like 9.30 for example.

People drift in at 9.10 or 9.20, or even later. And they smile warmly at the waiting group, as they unwrap their bacon sandwich, apparently totally unconcerned that others have been there since five to nine, prepared and ready to start.

10 people kept waiting in a meeting for 20 minutes, while some selfish pratt who idles his way via the coffee shop, is actually 20 minutes times 10, which is 200 minutes wasted – while you keep us waiting because you did not catch the earlier bus. That is over 3 hours wasted. By you! How much has that cost the business? Shall I send you an invoice?

And an arrangement to meet someone for a business meeting at a coffee shop at 3 pm, more often than not means at 3.10 you get a text saying ‘I am five minutes away’ which inevitably means 10 minutes, and so you wait for 15 or 20 minutes, kicking your heels in frustration.

And often these ‘latecomers’ are people who have requested the meeting in the first place, are asking for your help, or are selling something. Fat chance, mate!

And it’s not only business.

Why do people, invited for a dinner party at 7.30, think its cool to arrive at 8.30? It’s rude. It’s inconsiderate. And it’s selfish, as I witnessed in a coffee shop near my home one weekend. Three “ladies who lunch” (a species not confined to, but heavily represented on, the lower North Shore of Sydney) were chatting loudly at the table next to me. One inquired what time the ‘drinks do’ was that night. The reply for all the world to hear was ‘Oh 7.30, but we won’t get there till 9 because by then it will have warmed up and all the interesting people will have arrived’. Nice. Imagine if everyone took that view. Cocktail parties would start at 3 am eventually.

Or a dinner at a restaurant where I was meeting two other couples. My wife was away, so I was flying solo. I arrived at two minutes to eight for an eight o’clock booking. At 8.20, I was into my second glass of Pinot and at half-past I got a text saying ‘on the way’. We finally were all seated at 8.45. There were not even attempted excuses from either of the two couples, who seemed oblivious to the fact I might actually have got there at the agreed time. Meanwhile I had put a huge dent in the bottle of Pinot, and was ready to go home.

And it is not that we lead ‘busy lives’. That’s a given, we all do, and it’s a cop out to use that as an excuse. It’s simply that some people no longer even pretend that they think your time is as important as theirs. And technology makes it worse. It seems texting or emailing that you are late somehow means you are no longer late.

You are rude. And inconsiderate.

And I act on it, too. My dentist kept me waiting 50 minutes not long ago. She has done it for years and years. But enough! I walked out, past a literally open-mouthed receptionist who had never seen a patient act on their frustration, only to get a frantic call from the dentist herself as I got into my car.

Sure she was “busy”, another patient took longer than she expected, blah blah.

But hold on, I am busy too! I would not keep her waiting 45 minutes if she came to see me as a candidate. And yet I am HER customer. I told her I have been coming to you for 15 years but don’t take me for granted. See fewer patients in a day if you have to, but see me on time or close to it. She has never kept me waiting again.

Me? Am I ever late? Sure, sometimes. That’s inevitable even with the best intentions. But I never plan to be late. I never ‘let time slide’ because my stuff is more important than yours.

And certainly I consider serial lateness a character flaw which I take into account when working out who to promote, who to hire and who to count amongst my real friends.