Defense is the best offense: 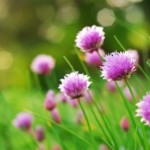 The immune system is a complex organization of cells, tissues and organs that act together to defend the body from foreign substances such as bacteria, viruses, parasites, and fungi. When an infective agent tries to invade the body, it is the role of the immune system to fight them off, in order to prevent them from growing and spreading within the body. If this process becomes aberrant, then diseases such as allergies, auto-immune diseases, and AIDS (if the immune system is greatly reduced in function) may occur.
The immune system is intelligent, sophisticated, and can remember millions of different agents, responding to each with cells and secretions capable of destroying the offending assailant. This organization functions as one powerful unit that responds when an alarm is signaled, through the release of chemicals, to increase their numbers, recruit fellow defenders, and direct these helpers to areas of trouble.

How smart is this system?

Our immune system is dependant on distinguishing millions upon millions of foreign substances, while making sure not to attack itself in the process. It achieves this separation of “self” from “non-self” through the use of distinctive surface “self” marker molecules. If a foreign substance does not possess these surface molecules, then an attack is triggered against this invader or antigen. Basically an antigen is a substance that the immune system recognizes as foreign and may react and trigger a response against. These antigens may be viruses and bacteria, or even fragments of these microbes and protein molecules.

The immune system is not perfect, and may mistake normal, healthy cells, as invaders and instigate an attack against itself, against its own cells and tissues. This process is called an auto-immune disease. Some common auto-immune diseases are rheumatoid arthritis, Type 1 diabetes, systemic lupus, MS, and thyroid disease. Other times, it may react against a harmless foreign substance resulting in an allergic response. A substance that causes this type of reaction is called an allergen, and this response is called an allergy.

The secret of all victory lies in the organization of the non-obvious:

There are 2 lines of defense within the immune system: the innate immune system featuring a non-specific response to an antigen, and the adaptive immune response (see figure 2), which features a memory of potentially harmful substances and reacts in a highly specific manner. The innate system comprises: natural killer cells, mast cells, dendritic cells, phagocytes, cytokines, complement and acute phase proteins. The adaptive system comprises: T and B cells, cytokines and antibodies. The production and maturation of immune cells takes place in the lymphoid tissue, particularly bone marrow but also includes the spleen, lymph nodes, thymus, tonsils and adenoids. The lymph nodes are the location of the matured B-cells, a place where B-cells accumulate to detect and act against invading substances.

There are a broad range of “fighter” cells that act as defenders in the body. In general, there are those that engage the pathogen directly such as phagocytes, those that fight from a distance such as plasma cells, and those that provide support for the fight, such as mast cells.

The other cells of the innate system help to destroy pathogens by punching holes in cells; consume invaders by swallowing them and present fragments on their surface to induce the adaptive immune system; secrete substances that inhibit viral reproduction; and in general secrete factors that direct migration of immune cells, promote cell destruction, and induce inflammation via mast cell activation.

The adaptive response comprises 2 lymphocytes: B cells and T cells. T cells are found as 2 types, helper cells (Th) for B lymphocytes, and toxic cells (Tc) that destroy virally infected and tumour cells. B cells work by releasing antibodies into the fluid component of the body. Antibodies (see figure 1), or immunoglobulins, are protein complexes bound to sugar molecules, and take on the basic shape of a “Y”. These “Y” shaped molecules have at their end a region where they interact with and bind to antigens.  There are 5 basic types of antibodies, known as isotypes, labeled IgG, IgM, IgA, IgE, and IgD.  Each types acts in a particular way and is responsible for specific reactions (see table 1). When antibodies bind to an antigen (figure 3), they act to rid the body of the invader by causing: agglutination (clumping) and precipitation (removal from the fluid compartment); block receptor sites on viruses to prevent viral infection of cells; coat the surface of the invader to make it primed for consumption by other immune cells; and activate the complement pathway that increases inflammation and punches holes in cells leading to destruction.

Obviously there is a lot going on here, what is important for allergies?

An allergic reaction is a response to a benign substance, such as pollen, that activates the immune system via IgE, mast cells, and IgG in the case of sensitivities. Upon exposure to the allergen, IgE molecules that are specific to that allergen induce an inflammatory reaction and activation of mast cells, which includes the release of histamine (see figure 4). Therefore the three major components of an allergy are: Mast cells, immunoglobulins, and allergens.  During an allergic reaction, histamine secretion causes most of the symptoms such as vasodilation, bronchoconstriction, inflammation and swelling, possibly leading to a severe form known as anaphylaxis, which may result in death.
Allergy Symptoms:
There are numerous symptoms associated with allergies, ranging from acute and immediate symptoms, to chronic and delayed symptoms. The most common symptoms are:

Additionally, allergies may cause general symptoms such as:

There are 4 basic methods to detect and determine substances that are causing allergic reactions in susceptible people. The 4 methods are: RAST, ELISA, skin prick, and elimination diet. Each test has an advantage and disadvantage as outlined below.

RAST testing (RadioAllergoSorbent Test) is a blood sample based antibody antigen reaction. A sample of blood is allowed to react with allergen containing discs. After the reaction is allowed to occur, the sample is washed and a radioactive anti-IgE antibody solution is added. The radioactivity is measured and a comparison is made to standards. The more radioactivity, the higher the IgE reaction count, therefore the more IgE found in the original sample. RAST testing is not as invasive as skin prick testing, and has fewer side effects. The disadvantages of the test are sensitivity and specificity especially in predicting the occurrence of allergic disease (false positives and false negatives) making the results of the test sometimes confusing. In general skin prick testing is a lower cost, quicker, and more sensitive and specific indicator of allergic reactions than RAST testing.

A skin test may be used to determine of a person is reacting to a substance by way of an injection of purified protein into the skin. A positive result
is indicated by the presence of a local itchy, red, and inflamed wheal that becomes prominent after 15-20 minutes after exposure. This test is specific for IgE type reactions, particularly involving the respiratory system (cough, wheeze, and nasal congestion).  This test is not effective at establishing IgG sensitivity reactions and

ELISA testing (Enzyme-Linked Immunosorbent Assay) is useful to determine delayed and immediate onset reactions attributed to either IgG and IgE antibodies. The test determines the presence of these immunoglobulins in a blood sample by allowing them to react with purified proteins contained within a sample preparation. After the reaction has occurred, a labeled anti-IgG/IgE antibody is added and a colour change indicates the presence of a reaction to that specific food protein. The advantage of ELISA testing is its ability to detect both IgE and IgG specific allergen reactions. There have been concerns about the use of ELISA testing based on reproducibility, accuracy and validity. Each laboratory must follow its own strict protocols because cross-laboratory references are not available, therefore making the reproducibility, reliability and validity of the results in the hands of individual labs and comparisons between labs unrealistic

An elimination diet is an effective way to determine many food based allergic reactions. Suspected food substances are removed from the diet for a period of time (typically weeks) and then re-introduced into the diet and monitored for allergic or sensitivity symptoms. It is best used to determine delayed type and non-life threatening food reactions and can be used to uncover hidden food allergens or sensitivities. The main drawback of an elimination diet is the demand placed on controlling the types of foods consumed, which many people find difficult, especially if a long list of foods must be excluded. Additional difficulties may occur if multiple foods are causing problems, therefore it may be difficult to determine which specific foods are causing problems.

Part 2: Will examine the role of Naturopathic treatments in allergic and sensitivity diseases.