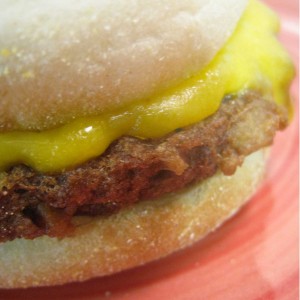 “Some parents were asking how harmful additives really are. They will benefit from the following story. Of course, discipline has a lot to do with behaviour, but some children are particularly sensitive to chemicals. Children with ADHD, for example, benefit tremendously from the elimination of food additives.”

Additives used in hundreds of children’s foods and drinks can cause temper tantrums and disruptive behaviour, researchers have found.

Their Government-funded study confirms what many parents have long suspected about the effect of chemicals put into sweets, biscuits and foods.

Colourings in products such as Jammie Dodgers, Smarties, Jelly Tots and fizzy drinks could spark behaviour changes in up to a quarter of toddlers.

Research into a group of threeyear- olds found they were more likely to lack concentration, lose their temper, interrupt others and struggle to get to sleep when they drank fruit juice dosed with colourings and preservatives.

Following the study, food watchdog the Food Commission has found that 200 children’s foods and drinks contain one or more of the additives called into question by the research.

The Commission is calling for the additives to be removed from the everyday foods and drinks which appeal to children. Even youngsters with no history of hyperactivity can be affected, said the scientists. They concluded that all children could benefit from the removal of specified artificial food colourings from their diet.

The Food Commission claims it is the first time a Government-sponsored scientific study has corroborated the link between food colourings and preservatives and changes in children’s mood and behaviour.

A group of 227 three-year olds from the Isle of Wight took part in a monthlong project by the UK Asthma and Allergy Research Centre.

For two weeks the children drank a daily fruit juice dosed with 20mg of artificial colourings and 45mg of preservative, which are either equal to or below permitted levels.

The additives tested were the artificial food colourings Tartrazine E102, Sunset Yellow E110, Carmoisine E122, Ponceau 4R E124, and the preservative Sodium Benzoate E211. All five were given at the same time in a single drink.

For the other two weeks the children drank a fruit juice which was identical in appearance but without the additives. Parents filled in reports assessing their child’s behaviour on criteria such as interrupting, fiddling with objects, disturbing others, difficulty settling down to sleep, concentration and temper tantrums.

The report said the results showed the artificial food colourings and sodium benzoate preservative had ‘substantial effects’ on behaviour.

The scientists concluded that significant changes in children’s hyperactive behaviour could be produced by removing colourings and additives from their diet.

They added: ‘The findings suggest that benefit would accrue for all children from such a change – and not just for those already showing hyperactive behaviour or who are at risk of allergic reactions.’

The Food Commission wants a ban on the additives and says the colourings tested have been restricted in other countries to protect children.

A spokesman for the Government’s Food Standards Agency said the research was not conclusive.

Nestlé Rowntree, which makes Smarties, Fruit Pastilles and Jelly Tots, said food additives it used were permitted by European and UK laws and any additives or colours had been tested to the highest standards.

GlaxoSmithKline, which produces Ribena, said: ‘We certainly wouldn’t use any additives unless they were approved as safe.’

Burton’s Foods, which makes Jammie Dodgers, said its biscuits contained only half the amount of Carmoisine stated in legal guidelines.

Cadbury Trebor Bassett, which makes Maynard Wine Gums, said: ‘Carmoisine is a permitted colouring which has been used for many years.’