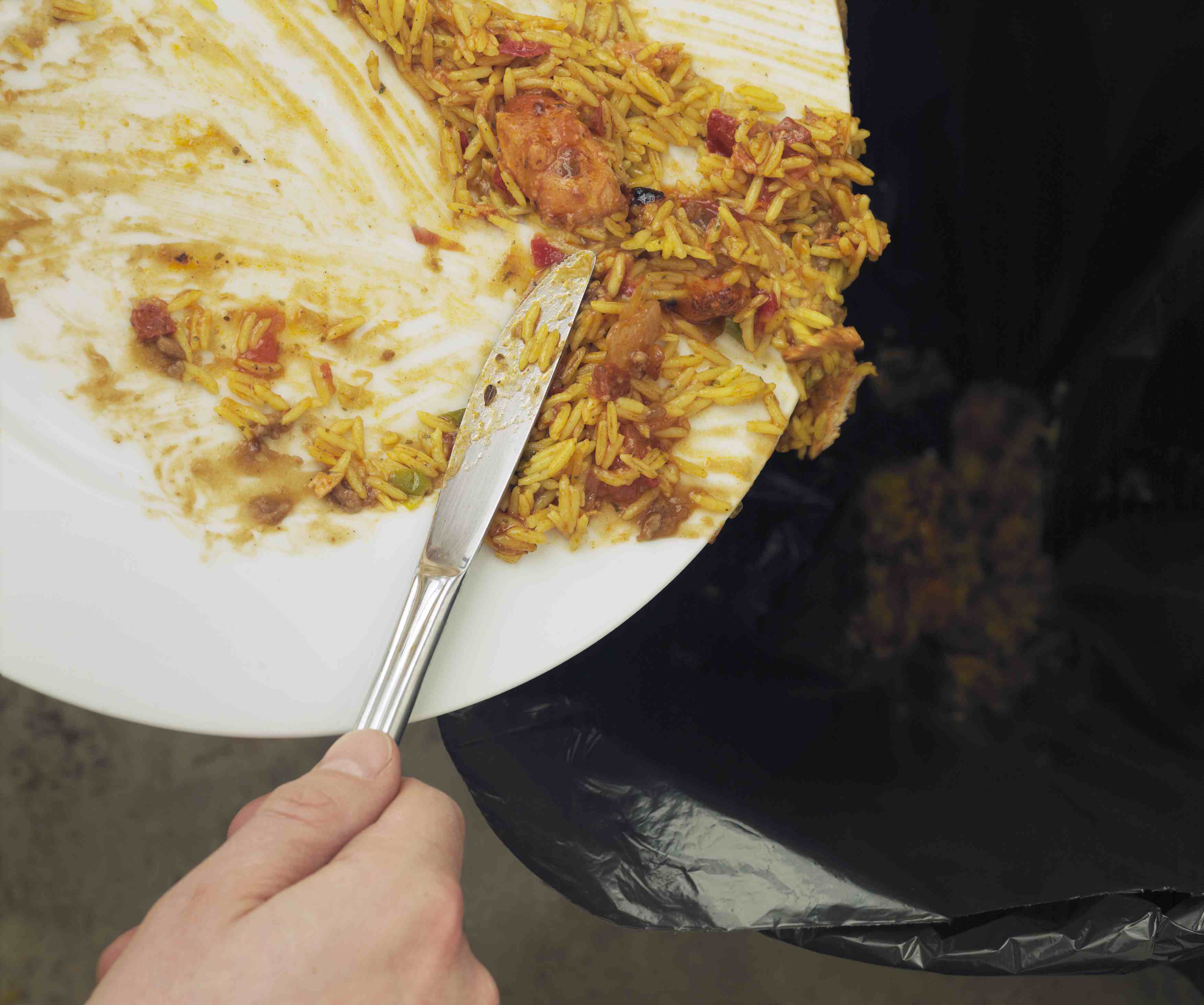 Forty percent of food in the United States is never eaten, amounting to $165 billion a year in waste, taking a toll on the country’s water resources and significantly increasing greenhouse gas emissions, according to a report from the Natural Resources Defense Council released this week.

The group says more than 20 pounds of food is wasted each month for each of 311 million Americans, amounting to $1,350 to $2,275 annually in waste for a family of four. Think of it as dumping 80 quarter-pound hamburger patties in the garbage each month, or chucking two dozen boxes of breakfast cereal into the trash bin rather than putting them in your pantry.

The report points out waste in all areas of the U.S. food supply chain, from field to plate, from farms to warehouses, from buffets to school cafeterias.

“Food is simply too good to waste,” the report says. “Given all the resources demanded for food production, it is critical to make sure that the least amount possible is needlessly squandered on its journey to our plates.”

Most of the waste comes in the home, the report says.

“American families throw out approximately 25% of the food and beverages they buy,” the report says. It cites several reasons, including that food has been so cheap and plentiful in the United States that Americans don’t value it properly.

“Food represents a small portion of many Americans’ budgets, making the financial cost of wasting food too low to outweigh the convenience of it,” the report says. “This issue of wasted food is simply not on the radar of many Americans, even those who consider themselves environment- or cost-conscious.”

Enticed by impulse buys, sales and savings by buying in bulk, Americans simply buy more food than they can eat, the report says. Part of that problem comes from poor planning – such as impromptu decisions to eat out when there’s still food in the fridge – and when we do cook at home, making enough to fill the plate rather than what we actually need to eat.  The average size of the U.S. dinner plate is 36% bigger now than it was in 1960, the report says.

Portion sizes account for significant food loss in restaurants, too, it says. Seventeen percent of the food in restaurant meals is not eaten, the report says, but too much food is served.

“Today, portion sizes can be two to eight times larger than USDA or FDA standard serving sizes,” the report says.

And restaurants stock more food than they serve, it says.

“Particularly wasteful are large buffets, which cannot reuse or even donate most of what is put out because of health code restrictions,” the report says.

Changes can be made in school cafeterias, too, according to the report. It encourages schools to serve lunch after recess so students would have more time to eat and therefore eat some of what they waste now.

“The retail model views waste as a part of doing business,” it says, noting that stores may be looked at suspiciously by their corporate parents if their waste numbers are too low. “Industry executives and managers view appropriate waste as a sign that a store is meeting quality-control and full-shelf standards.”

Among the problems at the retail level, according to the report:

Waste also occurs on the farm and in the packing house.

“Approximately 7% of planted fields in the United States are typically not harvested each year,” the report says.

Among the possible reasons cited in the report: Growers can’t get a good enough price for their crop to make harvest profitable, or they overplanted and have more crop than there is demand for, or the food is of edible quality but not marketable.

“A packer of citrus, stone fruit, and grapes estimated that 20% to 50% of the produce he handles is unmarketable but perfectly edible,” the report says.

All that waste has environmental costs, the report says.

Food production accounts for 80% of the country’s fresh water consumption, but the waste of food means 25% of the fresh water is actually wasted.

And wasted food rotting in landfills accounts for 25% of U.S. methane emissions. Methane is a greenhouse gas that remains in the atmosphere as long as 15 years and is 20 times more effective at trapping heat than carbon dioxide, according to the Environmental Protection Agency.

The report says there are places to look for better examples on how to use our food resources. For example, American food waste is 10 times what is experienced in Southeast Asia.

One key recommendation of the report is standardization of date labels on food. Americans may be throwing out a substantial amount of edible food simply because they misinterpret a “sell by” date as a “use by” date, the report says.

It also says the economic model of the food chain may need to change.

“There is the plain economic truth that the more food consumers waste, the more those in the food industry are able to sell,” the report says.

If these problems can be fixed, the nation’s hungry could benefit, according to the report.

“Reducing losses by just 15% could feed more than 25 million Americans every year,” the report says.

The National Resources Defense Council is an environmental action group with more than 1.3 million members. It works to combat global warming, defend wildlife, create clean energy, cut pollution, protect waters supplies and revive the world’s oceans, according to its website.