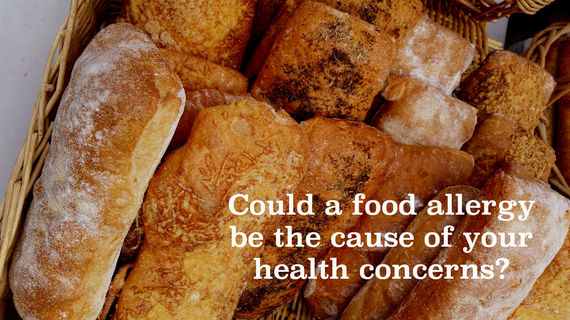 I thought I had it figured out. These complicated migraines that I spent years studying seemed to make so much sense on paper. First comes the prodrome, the 24-hour period of time that about 70 percent of migraneurs experience before their attack of disabling pain (1). For some, the prodrome may be a change in mood, such as irritability or anxiety. Others may experience digestive pain, diarrhea or constipation. Yet others may feel fatigued or the opposite, very energetic.

These symptoms stem from the deep brain structures, likely the hypothalamus, warning us that an attack is on the way. After the prodrome arrives the aura in about 20 percent of sufferers (2). This can be a visual phenomenon or sensory experience such as tingling and can last from a few minutes to an hour. Then the pain sets in, which can be accompanied with nausea, light sensitivity, smell sensitivity, along with a host of other associated symptoms.

These events, truthfully, are perplexing in terms of what initiates them and what terminates an attack, as most migraines last 4-72 hours. (3) But these attacks seem to have an order to them that is systematic and logical to the observer, or the doctor treating them. The brain gets excitable, then inflamed. Neurons are involved, along with changes in blood vessels and blood flow to the brain, eventually leading to a release of inflammatory peptides (4,5).

All I needed to do was give a medication that either quieted the brain down, like a triptan or seizure mediation, or use medications that blocked inflammation, such as an anti-inflammatory or a steroid. Simple, right?

I would ask patients to journal their pain, make sure they were getting enough sleep, give them tools to manage their stress and encourage intake of certain nutrients. After using all the tools I had at my disposal, including Botulinum toxin — believed to block inflammatory peptides — patients did improve, but I still was unable to completely rid many of the pain they suffered. I was missing the biggest trigger to these attacks: the gut.

A new meaning of the term “gut feeling”

I still remember sitting down for my neurology board exams and feeling a twinge of discomfort in my stomach. The ache started the morning of the exam and persisted until I started to answer the first few questions. My confidence grew as the answers came to me, my stomach started to settle, and eventually the pain resolved.

We all know the sensation of having “butterflies” in our stomachs before a big presentation or stressful event. Along this line, a trend became very obvious to me as I was able to share in the lives of my many patients by hearing their stories. I started to really listen to their complaints of headaches, moods issues, sleep struggles and fatigue. These complaints were often in addition to other bodily complaints, such as digestive, or “gut” issues.

I began to wonder, do our digestive systems have a mind of their own? Could our gut actually think? Is this possible? Based on current research, the digestive system, which I like to call “the gut” actually has a brain of its own.

Books have been written proving that the enteric nervous system, the nervous system linked to our digestive tract, can run without help from the brain. [6] At the same time, we also have come to realize that the gut and brain often communicate with each other.

When our emotions or stress rises, we often first feel this in our gut, before it’s processed in our brains. There is a constant communication between these two systems (7). In fact, I have had patients who have sworn that removing their gallbladder has lessened their frequency of migraines. Now, I would never recommend having gallbladder surgery to improve one’s headaches, though this has made me wonder that if we could strengthen the gallbladder and the rest of the digestive system, couldn’t we try to beat migraines at the same time?

Serotonin: Not just for depression anymore

Triptan medications work on serotonin receptors to help with migraine pain. Interestingly, many patients who had not gotten relief from traditional irritable bowel syndrome treatment responded well to antidepressants that work on serotonin. In fact, the gut has at least seven different receptors that respond to serotonin. [9]

With all of this information, a few years ago I began asking patients to not only discuss their neurological complaints that affected their brains, but also the complaints that affected their digestion. I was shocked to learn how many of them had been suffering with digestive issues for years before their headaches began. Of course, most never thought that the gut and its often zany antics could affect the brain.

Another link: Food allergies and headaches

In my neurology practice, we decided to study the prevalence of food allergies in our migraine patients. We found very surprising results. Out of 500 patients tested, upwards of 60 percent had allergies to dairy, about 50 percent to grains and 35 percent to eggs. (10)

Keep in mind that many of these patients had HIDDEN food allergies. They didn’t even realize the offending food was creating an allergy response in their digestive tract since they didn’t present with digestive symptoms.

We are now finding many individuals with an imbalanced digestive lining, who have no digestive symptoms. That is tricky for many of us since it is possible that a food is allergic and we may never even be aware of it unless we get tested. Plus, if symptoms do occur, they are often vague and/or not linked to the digestive system. Common symptoms may be headaches, insomnia or fatigue.

1) Migraine attacks involve excitable neurons that are often quieted with the neurotransmitter serotonin. The neurons, in later stages of a migraine attack, become inflamed — translation: pain.

2) The gut has its own enteric nervous system, some would call the “second brain” (see reference below). The digestive system makes serotonin at optimal levels when it is functioning well.

3) Food allergies, often considered hidden since they are not obvious to many clinically, are very commonly found in our migraine patients. (10)

To tie this all together, a healthy digestive system will likely produce an adequate amount of neurotransmitters to keep one from experiencing digestive pain, and even migraine pain. This seemed to be the link: having a stronger, happier digestion meant one could possibly have a stronger, happier head, right?

I reached back into my ancestry for some confirmation. One of the most ancient systems of healing known to mankind, Ayurveda, originating in India, believes that longevity is linked to the strength of one’s digestive system.

Eating a diet that is Ayurvedic and matches your mind-body type and excludes foods that you have an intolerance to can strengthen your digestive tract, improve serotonin production and thus strengthen your mind. This can lead to a healthier, more optimal brain.

Isn’t that we are all striving for?