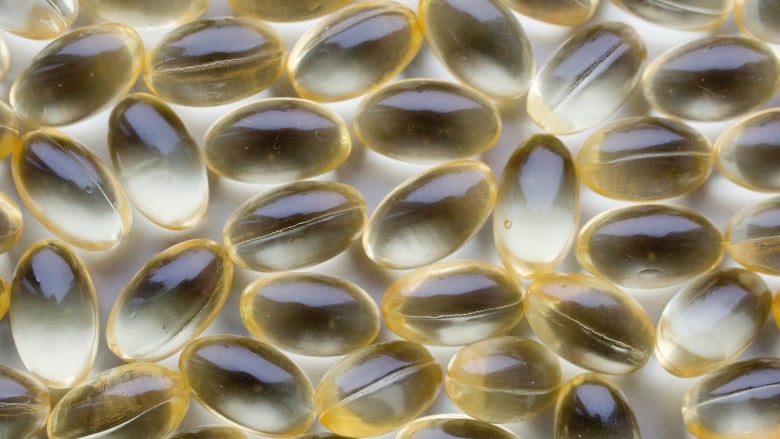 Vitamin D tablets are displayed in New York on Nov. 9, 2016. The results of the latest U.S. study were published online in the New England Journal of Medicine. (Mark Lennihan/Associated Press)

A large U.S. study designed to gauge the health benefits of vitamin D and fish oil supplements concludes that the omega-3 oil can dramatically reduce the odds of a heart attack while vitamin D’s benefits seem to come from lowering the risk of death from cancer.

Neither vitamin D nor fish oil lowered the odds of stroke or of getting cancer in the first place in the trial, whose participants did not know whether they were taking the real supplements or a dummy pill.

The heart attack rate in fish oil recipients was 28 per cent lower than among those who got the dummy pill, or placebo, and it was 77 per cent lower among African-American participants — although the lead author of the study told Reuters that this dramatic drop in risk among black participants needs to be confirmed.

These findings may help people decide if the benefits are likely to outweigh the risks for them.–  Dr. JoAnn Manson, study’s lead author

For people taking vitamin D who developed cancer, the death rate from cancer was 25 per cent lower, possibly because the vitamin “may affect the biology of the tumour so it’s less likely to spread and become metastatic,” said lead author Dr. JoAnn Manson, chief of the division of preventive medicine at Brigham and Women’s Hospital in Boston.

“Therefore, you may see a reduction in cancer death but not see a reduction in the first diagnosis, which might take a much longer trial,” she said in a telephone interview. “If you’re talking about prevention of cancer, that may take treatment for well over a decade.”

It took a few years of vitamin D use for the reduction in cancer deaths to become clear.

The results were reported Saturday at the American Heart Association Scientific Sessions meeting in Chicago and online in the New England Journal of Medicine.

Both supplements have a reputation for being beneficial based on animal tests and observational studies involving large diverse populations or ethnic groups. But large studies that directly test the benefits of vitamin D and fish oil in supplement form have given inconsistent results.

The new study, known as VITAL, is the first large test of both in the general population. Most previous research has focused on volunteers with an elevated risk of heart attack, stroke and/or cancer.

The researchers gave 2,000 international units of vitamin D per day, 1 gram of marine omega-3 fatty acids, or placebo supplements to 25,871 volunteers aged 50 or older. None had a history of cancer, heart attack or stroke. At least half stayed in the study for more than five years.

Based on the new findings, “people already taking vitamin D or fish oil will feel there’s no reason to stop,” Manson said.

Others may want to wait “because we are going to be publishing findings for other endpoints — diabetes, cognitive function, depression, autoimmune diseases — over the next six months,” she said. “These findings may help people decide if the benefits are likely to outweigh the risks for them.”

And people should not be taking higher doses than what was used in the study, Manson noted. With megadoses, “the risk may outweigh the benefit. With high doses of vitamin D there can be a risk of high blood calcium levels developing. Some have suggested a higher risk of cardiovascular disease, falls and even fractures.” 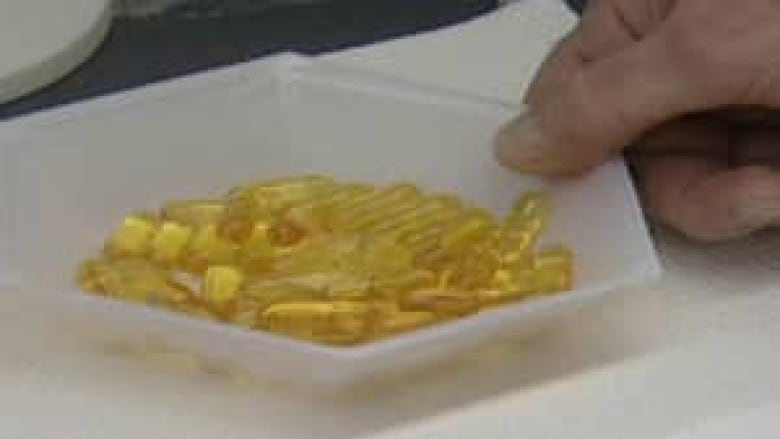 By other measures, neither supplement seemed useful.

Among fish oil recipients, the rates of death from any cause, death from cancer and death from heart disease in general were not significantly different than for people not taking fish oil supplements.

In addition, the collective odds of having a heart attack, stroke or death from any cardiovascular cause were essentially the same whether people were taking fish oil or placebo.

It was only when researchers teased out individual elements of heart disease — such as the rate of heart attack, the rate of fatal heart attack and the need for angioplasty — that a benefit stood out.

Even a little fish oil seemed to help. Volunteers who consumed less fish than average —  less than one-and-a-half servings per week and received the real omega-3 supplements saw a 40 per cent reduction in the risk of a heart attack.

In the vitamin D study, which was “the largest high-dose randomized trial of vitamin D in the world,” according to Manson, supplement and non-supplement recipients had similar rates of heart attack, stroke, death from heart attack and cancers of the breast, prostate, or the colon and rectum.

It was only the odds of dying from cancer that were reduced.