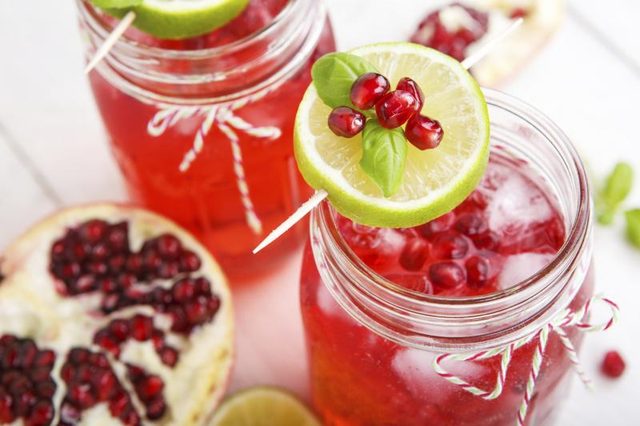 As Muslims, we are advised the best example to follow is that of Prophet Muhammad (peace be upon him), for his daily habits not only had spiritual benefits, but also physical and physiological benefits too. And this is spot on. Allāh says:

“Indeed in Prophet Muhammad (peace be upon him), you have an excellent example to follow for him who hopes for (the Meeting with) Allāh and the Last Day, and remembers Allah much.” [1]

Many of these benefits have already been affirmed by science too. Here are some of them.

Prophet Muhammad (peace be upon him) slept early and woke up with the Adhan (call of prayer) of Fajr (the morning prayer) each day. Being an early riser has scientifically been correlated with better productivity, as well as better mental health in general. So, waking up early may be hard but with baby steps, even if it’s just waking up 15 minutes earlier to start with, you can begin improving your quality of life.

The practice of eating less to prevent sickness and disease was emphasized by Prophet Muhammad (peace be upon him), and now backed heavily by science much later. The Islamic concept ‘1/3 for your food, 1/3 for your liquids, and 1/3 for your breath’ matches very closely to the Japanese ‘hara hachi bu’ concept, which means eat until you are only 80% full.

We now know that it takes our body 20 minutes to send signals to our brain that it is full. Slow eating will help you eat less food and improve your digestion, and it is a practice Muhammad (peace be upon him) did himself and strongly advocated.

“Eat together and not separately, for the blessing is associated with the company.” [3]

The Prophet (peace be upon him) stressed this, and today sharing and enjoying food has been proven to reduce stress, improve family and romantic relationships, and build healthy eating habits within children.

“Do not drink in one gulp like a camel, but in two or three (gulps). Mention the Name of Allah (i.e., say Bismillah) when you start drinking and praise Him (i.e., say Al-hamdu lillah) after you have finished (drinking).” [4]

Science today proves that when a person drinks too much water in a short period of time they can experience headaches, imbalance in blood electrolyte levels and sometimes dizziness too. Drinking slowly helps you actually absorb the fluid and get the most benefit out of it.

Modern scientific research has proven pomegranates to be one of the healthiest foods on the planet. They contain manganese, which helps in the formation of bone structures during the metabolic process, and potassium, which aids in maintaining cellular function and keeps a balance in fluid levels. They are also potent in flavonoids and polyphenols, antioxidants which protect our bodies against heart disease.

“The Messenger of Allāh (peace and blessings of Allāh be upon him) was keen to fast on Mondays and Thursdays.” [6]

“If you fast any part of the month then fast on the thirteenth, fourteenth and fifteenth.” [7]

Recent evidence is showing that not just the food we eat, but our eating timings and patterns also have a profound impact on our health. Fasting was a regular practice of Prophet Muhammad (peace be upon him)’s life, not just during Ramadan. He would fast until every Monday and Thursday, and also on the 13th, 14th and 15th of each Islamic month. This is similar to theintermittent fasting practice, which has been proven to balance hormone levels, prevent oxidative stress, and reduce overall inflammation. When you think about it, the less food you put into your body the less it focuses on digestion and the more it can focus on healing itself from certain ailments!

Dates are the perfect foods to break your fast as they stabilize your blood sugar levels, rebalance blood electrolyte levels, and help kick start your digestive system in preparation for food. Dates were also the food that Maryam (may Allāh be pleased with her) was told to eat in the lead up to childbirth. Dates are now proven to boost oxytocin production in your body and speed up labour.

9. Avoid sleeping on the stomach:

“The Messenger of Allāh (s) came out in the night to check up on his guests, and saw me lying on my stomach. He prodded me with his foot and said, ‘Do not lie in this manner, for it is a way of lying that Allāh hates.’” [9]

Fulfilling three of the five pillars of Islam requires that Muslims be of sound health and fitness; the five times prayer in itself is a form of exercise that requires movement of your body’s muscles and joints. Good health is also necessary if you intend to fast or participate in the Hajj pilgrimage. Prophet Muhammad (peace be upon him) strongly encouraged physical exercise and told parents to encourage physical activity in their children too by