It’s no secret that paying attention to diet, exercise, stress levels and getting social support may extend your life. But a new study shows healthy living may even reverse aging deep in our cells.

A small study shows that positive lifestyle changes lead to longer telomeres, which are protective caps at the end of chromosomes that help protect a cell from aging.

Telomeres are made of DNA and protein, and they work as a shield for chromosomes and help keep them stable. Over time they become shorter and weaker, leading the cells to age quicker and eventually die. Scientists have compared telomeres on chromosomes to protective plastic caps at the end of shoelaces. Telomere length has been linked to risk for diseases including some cancers, stroke, vascular dementia, cardiovascular disease, obesity, osteoporosis, diabetes and even the common cold. 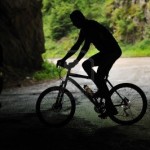 “Telomere shortening increases the risk of a wide variety of chronic diseases,” senior author Peter R. Carroll, professor and chair of the department of urology at University of California, San Francisco, said in a press release. “We believe that increases in telomere length may help to prevent these conditions and perhaps even lengthen lifespan.”

For the study, researchers tracked 35 men with localized, early-stage prostate cancer for five years. Even though the study involved cancer patients, the researchers said because they looked at telomeres in the patient’s blood and not their cancerous tissues, they felt the results could apply to the general population.

Ten of the subjects were asked to eat a plant-based diet high in fruits, vegetables and unrefined grains, but also low in fat and refined carbohydrates. They were also told to exercise moderately (meaning walking 30 minutes a day, six days a week) and reduced their stress through yoga, breathing and meditation. The subjects in this group were required to attend a weekly group support meeting.

The remaining 25 study participants were not asked to make any major lifestyle changes.

The group that made the alterations significantly lengthened their telomeres by about 10 percent. The more positive changes they made, the longer their telomeres were at the end of the study period.

The control group who didn’t change their lifestyles had 3 percent shorter telomeres by the end of the five years.

Lead author Dr. Dean Ornish, a clinical professor of medicine at UCSF, pointed out that the genes and telomeres we are born with aren’t always an accurate predictor of what’s going to happen in our lives.

“So often people think ‘Oh, I have bad genes, there’s nothing I can do about it,'” Ornish said in a press release. “But these findings indicate that telomeres may lengthen to the degree that people change how they live. Research indicates that longer telomeres are associated with fewer illnesses and longer life.”

Ornish lends his name to a diet he has researched that incorporates healthy eating, aerobic activities along with meditation and yoga for stress relief.

Dr. Lynne Cox, a biochemistry lecturer at the University of Oxford who was not involved in the study, told the Telegraph that the study shows the importance of a healthy lifestyle, but it might lead to a longer life.

“Perhaps too soon to judge whether this increase in telomere length will correlate with increased longevity or healthspan,” she said.

Previous research has linked telomere length to longevity, including a June 2012 paper that found older dads may pass longer telomeres to their children.

Healthy lifestyles have been shown to reduce risk for chronic diseases like heart disease, diabetes and some cancers. A recent paper found eating healthily helped some women avoid endometrial cancer. The Centers for Disease Control and Prevention (CDC) also reported that at least 200,000 deaths each year from cardiovascular disease could be prevented if people kept their weight, drinking, diet, blood pressure and cholesterol under control, in addition to engaging in physical activity.

Dr. Nan-Ping Weng, an investigator with the National Institute on Aging, toldNPR that the study was “intriguing,” but also cautioned that telomeres aren’t the only factor when it comes to longevity.

“Can we demonstrate that cells with shorter telomeres have weaker immune function? The answer from our data is yes,” Weng says. “But I don’t believe the telomere is the only parameter that determines aging. There are many other things.”

The study was published on Sept. 16 in the Lancet Oncology.