How the Quran and Hadith tell us to keep physically healthy

How the Quran and Hadith tell us to keep physically healthy 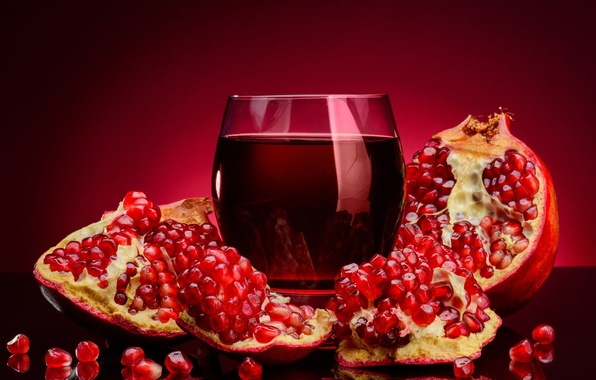 In part 1, we discussed the high prevalence of cardiovascular disease as well as the interrelated scientific, spiritual and Islamic reasons for maintaining physical health. The question now arises: what practical steps can we take to optimise our physical health?

The practical advice we have stemmed from three main sources; Allah (s.w.t.) through the Qur’an, the hadith, and advice from modern day health authorities. Let’s examine the dietary measures suggested by the following sources:

He has also recommended us to eat the meat of certain animals and their milk, as well as fresh fish and birds;

“For you there is in the cattle a lesson; We give you to drink what is in their bellies from betwixt the chime and the blood pure milk, easy and palatable for those who drink it” (16:66).

(To go into the benefits of eating these individual foods is beyond the scope of this article, however, the following references [1,2,3] address this topic.)

However, it is essential to note that all such foods should be consumed in moderation:

“eat and drink and do not commit excesses; indeed He does not love those who are excessive” (7:31).

Fasting is both an obligatory and recommended dietary practice within Islam (2:183), which may carry physical benefit especially in overweight individuals [4, 5]. There is evidence of weight loss, reduced blood sugar and cholesterol levels in those completing a month of controlled fasting [4, 6]. Additionally, the improved self-control, self-restraint, and discipline gleaned enable us to avoid foods in the long term that predispose us to obesity and cardiovascular diseases. Moreover, this self-restraint and resolve are transferable qualities that permeate into other aspects of our life, enabling us to instigate changes to perfect our character and elevate ourselves spiritually.

The Prophet (p.b.u.h.) has advised against overeating as identified by the hadith:

Another frequently cited hadith recommends that one should fill one-third of the stomach with food, one-third with water and one-third should be left empty [8].

We can also take lessons from the reported eating habits of the Ahlul-Bait. It has been described that the Prophet (p.b.u.h.) and Ali ibn Abu Talib (a.s.) would refrain from eating bread from refined flour, and would rather eat that which contained barley and bran [2: part 10]. Both are also thought to have seldom consumed meat; perhaps less than once a month, suggesting a vegetarian type diet is more preferable. In fact, Ali has been reported as saying, “Don’t let your stomach become a graveyard for animals” [9].

Food, and the manner in which it ought to be consumed as mentioned in the Qur’an and as practised by the Ahlul-Bait, correspond well with the balanced diet advocated by health authorities today. For instance, the proportion of fruits and vegetables to meat mentioned in the Qur’an is reported to be around 3:1 [2: part 2] which corresponds to the recommendations of the British Heart Foundation (BHF) encouraging the consumption of “plenty of fruit and vegetables” and “some meat, fish… and other non-dairy sources of protein”[10].

The BHF also encourages the consumption of plenty of starchy foods including bread, rice, potatoes, and pasta, choosing “wholegrain varieties whenever you can”.

This corresponds with the practices of The Prophet and Ali as outlined above. We know today that wholemeal foods are recommended as a source of fibre to improve digestion, in diabetics to help control blood sugar levels and in overweight individuals to help weight loss.

Traffic light labels found on most food packaging are of great help in adhering to the above recommendations; guiding on adequate consumption of each food group and daily energy intake. (It is important to note that the above recommendations are for those aiming to maintain a healthy weight and adjustments are required for underweight or overweight individuals.)

Now let’s turn our attention towards the role of exercise in maintaining physical health, considering three sources of information once again: the Qur’an, the hadith and modern day health authorities. We will also briefly discuss measures that can be taken within the community, and conclude by suggesting five main action points that could be taken to live a physically healthier way of life.

In similarity with other main religions, finding references encouraging physical exercise within Islamic literature is more challenging; and it thus may be given a lower priority than other religious duties [11].

The Qur’an and the Hadith

References advocating physical activity can be inferred from the Qur’an and Prophetic traditions, which share the common theme of maintaining respect for the body. Dr. Al-Khayat, a representative of the World Health Organisation in the Middle East, has identified a few references to this effect such as:

“Your body has a right over you”

“A stronger believer is better than a weak believer” [12].

However, to find more specific guidelines pertaining to exercise, one has to look more carefully within Islamic teachings.

Commonly overlooked forms of exercise are in fact amongst the main tenets of Islam, including the obligatory prayers, the Hajj pilgrimage, and fasting in the holy month of Ramadhan [13]. Although the primary reason for such acts is for spiritual benefit, there are associated physical benefits.
Alawi has identified that the frequent hand movements, bowing and prostration are useful methods of whole body exercise; acting to strengthen and maintain joint flexibility in the arms, back, thighs, feet, abdomen, and neck [14]. Moreover, benefits to the circulation of blood and digestion have been proposed [15]. The Hajj and Umrah are also composed of rites requiring physical exertion including the Tawaf (seven rounds of circumambulation around the Ka’aba) and Sa’y (seven laps of brisk walking between the mounts of Safa and Marwah). These have been previously described as sportive activities [16; p20], from which we can extrapolate that walking is a recommended physical activity within Islam (also see below under Prophetic traditions).There are in fact numerous Qur’anic verses referring to those who walk on the Earth [(25:63), (17:37)] and there is one particular verse indicating that the Prophet used to take to walking in the markets:

Dr. Kasule, Harvard Professor of Islamic Medicine, has indicated that the Prophet (p.b.u.h.), whilst going about his day to day life, would never walk lazily but quickly in the form of “harwalat”; which would equate to brisk walking [11]. Furthermore, it has been narrated that the Prophet participated in walking/running races with his wife, Aisha;

The above verse and hadith not only serve to promote walking and running as physical exercise but also shows that this benefit relates to women and men equally. [18].

If Allah should, in fact, make acts requiring physical exertion wajib such as Salat and Hajj, then it may be true to say that Islam is a way of life that demands physical exertion, and the performance of other physically demanding activities that fall within Sharia is thus encouraged [16].

Several “Islamic” sports have been identified that were heavily practised in the time of the Prophet; these include swimming, fencing, archery, foot racing, horse racing and wrestling [15]. The following hadith supports this view;

“Any action without remembrance of Allah is either diversion or heedlessness excepting four acts: Walking from target to target (during archery practice), training a horse, playing with one’s family and learning to swim.” [19]

It is known that regular physical exercise is vital for improving cardiovascular health as well as improving energy levels, mood and self-confidence and reducing anxiety and stress [20]. The BHF currently advises 30 minutes of exercise of moderate intensity, 5 times a week. Moderate intensity exercise is that which makes “you breathe more heavily than usual” [20]. This could take the form of brisk walking or swimming as encouraged and exemplified by the Prophet.

In the planning of Islamic community events, it may not be untrue that we invest a relatively large amount of funds in securing a high-quality speaker, booking a venue and publicising such events yet whilst trying to find the cheapest foods available. Unfortunately, in most cases, the cheapest foods are also the unhealthiest.

Although frequently overlooked, the types of foods consumed at such events send out important messages to the community, particularly the younger members. Islam is a holistic religion, which prescribes a complete way of life. We should thus aim to seek more nutritious food alternatives with the intention of promoting an Islamic way of life that aims to protect and promote healthy living. This is especially important in shaping perceptions of diet in the young. Investing money in this component of gatherings is likely to reap benefits in the long term, leading to healthier individuals who are better able to discharge their Islamic duties and support their families and the Muslim community. The organisation and provision of facilities for physical exercise also needs to be addressed within the community. The focus should be towards team sports to strengthen social ties. Additionally, the lack of adequate facilities for women should be targeted.

Five action points to a physically healthier way of life

Through the Holy Qur’an and traditions of the Ahlul-Bait, it is evident that diets composed of whole grain foods, vegetables and fruits are preferred. In addition, it is imperative that all such foods are consumed in moderation. Maintaining physical health should also be an important goal for every Muslim. It not only allows one to live a longer life, but also confers numerous emotional, psychological and most importantly spiritual benefits. Islam’s perception of good diet and recreation to attain physical well being can be deemed as a vehicle to attaining spiritual and moral fitness [21]. Indeed we may need reminding that striving for good physical health is a form of worship when performed with the sincere intention of attaining the pleasure of Allah.

[5] Al-Dousari B. The History and The Philosophy of Sport in Islam. Unpublished BA dissertation. Ball State University, Muncie, Indiana 2000; 8-9.

[13] Fard A. Implications of the original teachings of Islam for physical education and sport. Unpublished PhD dissertation. University of Minnesota 1974.

[16] Al-Dousari B. The History and The Philosophy of Sport in Islam. Unpublished BA dissertation. Ball State University, Muncie, Indiana 2000; 8-9.

[21] Al-Dousari B. The History and The Philosophy of Sport in Islam. Unpublished BA dissertation. Ball State University, Muncie, Indiana 2000; 8-9.

Article copied from: Themuslimvibe. All rights reserved to them.