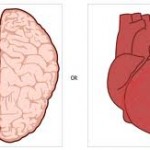 Q: How can I lower my homocysteine levels?

A:  Homocysteine is a derivative of the amino acid methionine and elevated plasma homocysteine is associated with an increased risk of heart disease and mental decline. Though we know it is possible to bring down homocysteine, the question is whether supplementing to bring the numbers down is worth it. At this point the research is not clear to whether there are any practical, clinical benefits; studies actually show there are non.
As far as side-effects, the water soluble B vitamins (6,9,12) are pretty safe in general. Nevertheless, Some research suggests that taking folic acid in doses of 800-1200 mcg might increase the risk of heart attack in heart patients. There is also a hint of cancer risk, specifically lung or prostate cancer. I didn’t find any long-term studies on the harm of high dose B12 and B6. There is also supplementation with betaine and choline.
My conclusion is that taking as low as two times the RDA for the B vitamins along with low doses of betaine or choline, such as 50 mg, is a safe long-term approach. I would recommend trying that first and rechecking after two months, and then playing with the dosage from there.
I’ve also included and made comments on a few interesting abstracts below.
Rehan
___

Homocysteine, vitamin B-12, folic acid and the cognitive decline in the elderly.

Department of Biochemistry, Faculty of Medicine of Sousse, 4002 Sousse, Tunisie.

Hyperhomocysteinemia is a risk factor for neurological diseases, but the underlying pathophysiology has not been adequately explained. Mild hyperhomocysteinemia, which is sometimes associated with a low plasma level of vitamin B9, B12 and folic acid, is responsible in the toxicity in neural cell by activating NMDA receptor. Indeed, even if vitamin supplementation has clearly proven its efficiency on lowering plasma levels of homocysteine, recent studies do not show any positive effect of vitamin therapy on cognitive function. The hypothesis that this therapy is inefficient has been recently reinforced by two randomized trials on the effects of vitamin supplementation. Several hypotheses still need to be explored: Mechanisms of homocysteine toxicity and that of total uselessness of vitamin supplementation; the possible need to complete the actual data with further, more powerful studies in order to prove the role of homocysteine in the development of neurodegenerative diseases and a clinical effect of vitamin therapy.

There is one other supplement that may also be an option, however. See this study on betaine below:

But there is the consideration of betaine’s the lipid raising effect: